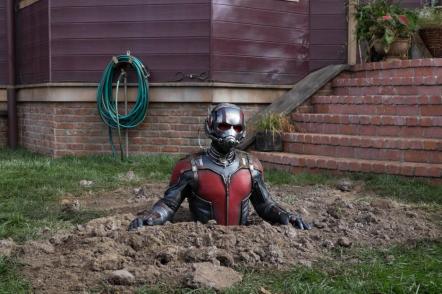 Alright, I understand how they use body doubles and computers to de-age people in movies, the way they did here with Michael Douglas. But there’s one thing I don’t understand. I mean, this is a movie wherein a man shrinks to the size of an ant. But that’s not the most unbelievable plot point. Do they really expect us to believe that Paul Rudd survived in San Quentin Penitentiary? I don’t think so. However, one of my superpowers is suspension of disbelief, so I’m just going to go with it.

On the other hand, he always seems so nice. Nobody is really that mild and nice all the time, right? Maybe he’s secretly some kind of badass brute. That’s probably it. It explains everything, especially how someone who seems so nice has survived in Hollywood all this time.

Anyway, A+ for the fresh take on the old fight on top of a train scene.

Believe it or not, I can’t wait for the next one. Hope we won’t find out that his daughter’s been traumatized for life by the events in this one, because, really…oh, never mind, I forgot it wasn’t real for a second.